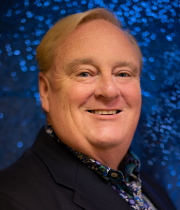 Kurt E. Hoenig was born and raised in SE Iowa, Fort Madison, Iowa, to be specific.  He is an avid Iowa Hawkeye Fan.  Kurt has called SW Florida (Naples) home since 1990.  After 20 plus years of a progressive Hospitality Management career, during which Kurt had the privilege of serving for some of the finest properties in the great state of Florida, he decided to get his Real Estate License.  His Hospitality experience taught him how to treat people the way they deserve to be treated, with the hospitality and dignity they deserve and the professionalism they demand.  Kurt will not tell you what you WANT to hear, he will tell you what you NEED to hear!  Kurt has had the distinct privilege of a wide array of customers including: a judge, attorneys, corrections officers, first responders, elders, veterans, LGBTQ, retirees, first time home buyers, young families, families needing to transition loved ones to assisted living facilities, home makers, interior designers, college professors, retail owners, hospitality professionals, and former CEO's.  Kurt served on the Sports Council of Collier County for multiple terms as well as the Downtown Naples Association as Secretary.  An avid animal lover, Kurt owns a Shih Tzu named Madison and is Uncle to a Morkie named Arzz.  Kurt lives in downtown Naples but serves where he is needed.  From Marco Island, Naples, Bonita Sproings, Estero, Ft. Myers and the Beaches, Cape Coral, Sanibel and Captiva, LaBelle, Clewiston, North Ft. Myers, North Port, North Port Charlotte and everywhere in between all the way up to Sarasota.

Kurt is also an avid Steam Locomotive fan and model train nut.  He also loves Hot Air Ballooning, great conversation, lots of laughter and good food.  Call him, you will be glad you did!  239-595-2200.

Testimonials about YOUR PERSONAL REALTOR!

You don't have any testimonials .

Some properties which appear for sale on this web site may subsequently have sold or may no longer be available.

Franchise Offices are Independently Owned and Operated. The information provided herein is deemed accurate, but subject to errors, omissions, price changes, prior sale or withdrawal. United Real Estate does not guarantee or is anyway responsible for the accuracy or completeness of information, and provides said information without warranties of any kind. Please verify all facts with the affiliate.
Copyright© United Real Estate
Privacy Statement-Terms Of Use

If you are using a screen reader, or having trouble reading this website, please call our Customer Support for help at 888-960-0606 .

We strive to provide websites that are accessible to all possible persons regardless of ability or technology. We strive to meet the standards of the World Wide Web Consortium's Web Content Accessibility Guidelines 2.1 Level AA (WCAG 2.1 AA), the American Disabilities Act and the Federal Fair Housing Act. Our efforts are ongoing as technology advances. If you experience any problems or difficulties in accessing this website or its content, please email us at: unitedsupport@unitedrealestate.com. Please be sure to specify the issue and a link to the website page in your email. We will make all reasonable efforts to make that page accessible for you.

Leave a message for Kurt